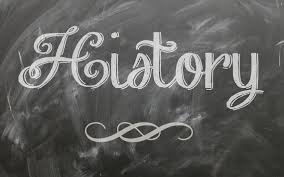 1976-77
6. VMRC became the first regional center in the state to be accredited by the Joint commission on Accreditation of Hospitals
7. Stockton office relocated to expanded space

1980-81
8. VMRC absorbed the staff and services of the Community Care Services Branch of the California Department of Social Services
9. Bargaining unit organized and first union contract negotiated
10. CLASP invited to appoint an ex-officio member to the VMRC Board of Directors

1985
Serious state budget deficits cause the Department of Developmental Services to reduce funding for regional centers, and, in turn, cause some regional centers to implement cost-saving strategies such as waiting lists and categorical cuts in services.

In the Association for Retarded Citizens v. California Department of Developmental Services et al., the California Supreme Court rules that the Lanterman Act “defines a basic right and a corresponding basic obligation . . . [T]he right which it grants to the developmentally disabled person is to be provided with services that enable him to live a more independent and productive life in the community; the obligation which it imposes on the state is to provide such services.” These services are to be determined through the individual program planning process and provided as an entitlement. The decision also states that the regional centers, not DDS, have wide discretion in determining how to implement the IPP, but no discretion at all in determining whether to implement it. The Court prohibits the use of cost-saving strategies such as those used by the defendant regional centers. At the same time, the court rules that this does not give regional centers the authority to overspend their budgets. If regional center budgets are not sufficient, DDS must inform the state legislature which must, in turn, either increase funding or statutorily change the entitlement.

1993
Through an out-of-court settlement (William Coffelt et. al. v. Department of Developmental Services, et. al.) more than 2,000 residents from the state-run developmental centers will be placed into the community over a five-year period.

2008 – 2009:
While the country and the world experienced a major economic crisis, the developmental services system experienced the largest reductions in its history. There were over 50 different changes to the Lanterman Act to try to save money and these reductions reduced the regional center system’s budget by about a half billion dollars.

2012
Senate Bill 1381, by Senator Fran Pavley, a bill to remove the “R-word” (Retarded) from California state law was signed by Governor Jerry Brown, Jr.  The “R-Word,” known to be a form of hate speech towards people with Intellectual and developmental disabilities, was replaced in statute by the new nationally recognized clinical terminology, Intellectual Disability.

2013
The California Lanterman Act adds the Employment First Policy and the Self-Determination Program.

2016
The Legislature and Governor Jerry Brown, Jr. rescinded some of the changes in law made in 2008 and 2009 and made the first major funding commitment to developmental services in 20 years.  Funding priorities provided rate increases to providers and allowed VMRC to hire 27 service coordinators to reduce the high caseload rations.

How Did We Do? We want to know about your last experience with VMRC.

How was your overall experience with Valley Mountain Regional Center?